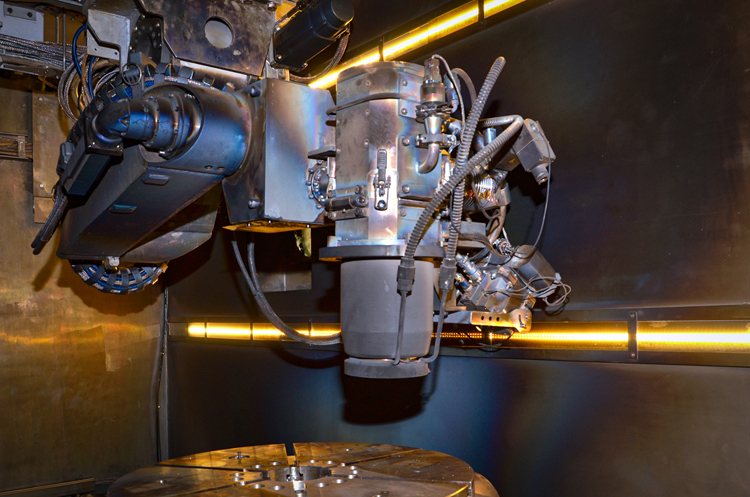 Progress NITI, managed by RT-Capital of Rostec State Corporation, has developed a vacuum 3D printer with a robotic manipulator for "growing" parts, including for the aerospace industry, Rostec's press service reported.

The first prototype printer is planned to be released this year, the state corporation specified.

"The Progress Scientific and Research Technological Institute under the management of RT-Capital of Rostec State Corporation has developed a vacuum electron-beam 3D printer with an omni-directional robotic manipulator. The equipment allows to "grow" super strong parts from titanium and heat-resistant steel for the aviation and space industries", - was stated in the report.

Rostec explained that the main feature of the printer is all-round robotic manipulator, which allows to create products of complex design and various shapes in a vacuum. The material used is wire made of heat-resistant steels, titanium and aluminum alloys.

"Products made in vacuum have higher strength characteristics. For example, the tensile strength of stainless steel increases up to 16%. In addition, the electron-beam melting printing technology makes it possible to produce parts of almost any complexity, including items as small as 0.2 mm," the press service quotes Rostec's deputy general director Alexander Nazarov as saying.

The project is implemented by NITI Progress (managed by RT-Capital of Rostec State Corporation) together with the Perm National Research Polytechnic University (PNRPU).

According to materials from the Russian state federal information agency TASS