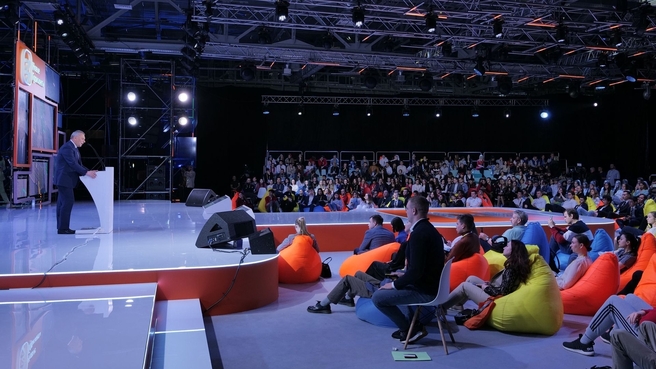 Russia confidently occupies 19% of the global arms market, defense enterprises employ over 2 million people (one of the largest employers in the country), the share of civilian products is growing every year, said Deputy Prime Minister Yuri Borisov at a lecture within the framework of the federal educational marathon "New Horizons".

The Russian defense industry is the largest employer in the country, and the need for personnel will only increase in the future, he stressed. Currently there are about 2.2 million people working in the industry. By 2028 the enterprises and scientific organizations of the sector will need another 430 thousand people (120 thousand engineers, 240 thousand workers and 70 thousand workers with secondary professional education). Approximately 70% of the personnel of the military-industrial complex work in manufacturing and 30% in science. About a third of the workforce is under 35 years of age.

The share of civilian products in the production structure of defense enterprises is growing: from 20.6% in 2018 to 26.8% in 2021. The leader of diversification is the aircraft industry. After the lecture, the deputy prime minister answered questions from the audience: he talked about how the latest weapons, including Russian drones, performed during the special operation in Ukraine and about the execution of state defense orders under sanctions.

According to the press service of the Russian government